Apple has just released an update to iOS 15.4 and iPadOS 15.4. If you happened to experience bugs on the previous iOS version, it’s the best time to install this update.

iOS 15.4 and iPadOS 15.4 are available for many devices, including the old ones. Are you wondering if your iPhone or iPad model still receives the update? Check the list below.

Installing iOS 15.4 and iPadOS 15.4 is easy. Before you go, make sure that your device has enough space to download the update. Also, connect your iPhone or iPad to the power source because it will take approximately 30 minutes to 1 hour to complete depending on your internet connection.

Universal Control, which was meant to be released last fall but was postponed until spring 2022, is now available on iPadOS 15.4. AirPlay and Handoff, which allows you to transfer files between an iPad and a Mac running macOS 12.3, can be found in the General Settings section of the app. You’ll see a new Cursor and Keyboard option in the menu. Check out our primer on Universal Control and how it differs from Sidecar.

Finally, you don’t need to open your mask to unlock your iPhone with the Face ID feature. It works with the mask on now.

Face ID with a Mask is a new toggle in iOS 15.4’s Face ID & Passcode settings. For unlocking, payments, and password/login authentication, Face ID uses “the distinctive features around the eye area to authenticate,” rather than full facial recognition. Additionally, a new “Add Glasses” option has been added to help the system better recognize your characteristics. Face ID is more accurate when the settings are switched off, according to Apple.

This year, Apple has announced a number of modifications to AirTag, the first of which will be included in iOS 15.4. AirTag is “designed to be detected by victims and to enable law enforcement to request identifying information about the owner,” according to a new warning from Apple during setup. It also states that it is illegal to track someone using an AirTag without their consent.

All interactions can benefit from the new American Siri Voice 5, which is available in iOS 15.4. A member of Apple’s LBGTQ+ group recorded the new voice, which isn’t clearly masculine or female. As part of its efforts to diversify its workforce, Apple has added two black actresses to its iOS 14.5 default female voice.

Safari will no longer retain passwords for websites that don’t have a login name starting with iOS 15.4 3. As a result, it will instead ask you to enter your username and password.

In Keychain, you can add notes to a password. You can access your Keychain entries by going to Settings > Passwords.

The Unicode Consortium has released Emoji 14, which includes a slew of new emojis. Among them are melting face, saluting face, biting lip, jar, beans, x-ray, bubbles, and many others.

If you live in a region where the EU Digital COVID Certificate format is supported by the Health and Wallet apps, you can now add your vaccination record to both applications.

The framework for tap-to-pay has been included in iOS 15.4. iPhones can now accept Apple Pay payments without the use of a credit card terminal or additional hardware thanks to the new payment processing capability. Users of Stripe will be the first to benefit from this innovation, as Apple has been working with Stripe on testing it.

Tracking your expenses is getting easier now. Place the Apple Card widget on your home screen or Today view to see your current balance and spending.

ProMotion compatibility for the iPhone 13 Pro was limited due to a Core Animation issue that prevented most third-party app animations from running at more than 60 Hz. Core Animation’s problem has been fixed in iOS 15.4 and third-party apps that use the framework will automatically be upgraded to 120Hz animations.

The iOS 15.4 and iPadOS 15.4 also receive a lot of security updates. The updates vary from the kernel, FaceTime, Cellular, iTunes, Siri, Sandbox, to Webkit. 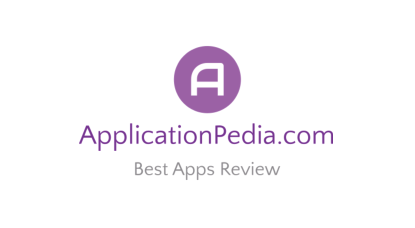 Please use the software wisely. We are not responsible with misuse of the apps. All Logos & Trademark belongs to their Respective Owners.